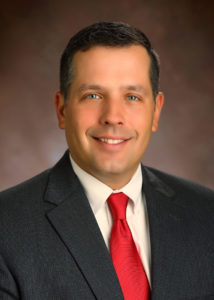 James Craig has been practicing law in Louisville since 2004, and has earned several distinctions in the community.  He was recognized by Louisville Magazine as a “Best Lawyer” in consumer law in 2013, 2014 and 2016, and by Louisville’s Business First as a member of its 2012 “Forty Under 40” class.  For ten years, James represented banks, financial institutions and the largest companies in the Kentucky, working on a wide range of disputes.  Following the 2008 economic and foreclosure crisis, James developed expertise in litigation arising out of the crisis, particularly in federal oversight of the banking industry.

After founding Craig Henry in 2014, James now uses those skills to fight for homeowners, consumers, and small businesses.  For homeowners, James defends foreclosure cases and works with homeowners to save their houses.  For consumers, James works to enforce Kentucky and federal consumer protection laws against unfair debt collection, and credit reporting, and other unfair, false, misleading and deceptive practices.  For small businesses, James finds efficient and cost-effective solutions for local companies to grow their businesses, avoid disputes and help their employees flourish.

In addition to practicing law, James serves as the Treasurer for the Metropolitan Housing Coalition and he is an immediate past member of the School Based Decision Making Counsel at his son’s school.  He is the past Chairman of the Metropolitan Sewer District (MSD) Board of Directors, having been appointed to the Board by Mayor Fischer following the overhaul of that agency in 2011.  James also served from 2008 to 2011 on the Citizens Commission on Police Accountability, a board that provides citizen oversight of investigations by Metro Police in officer-involved shooting cases, and as Chairman of his church’s finance committee.  He is a proud advocate for the Council on Developmental Disabilities.  James lives in Louisville with his wife and two children.